From Gates to Austen

Support for science and literature 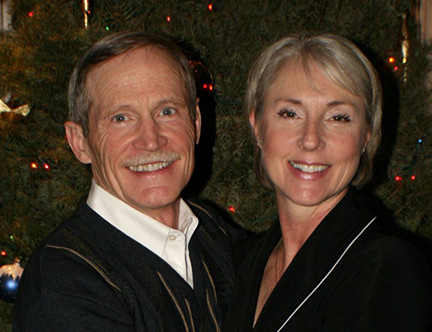 Who would have guessed that Collins Hemingway, MA ’79, a sports-loving expert on the digital revolution and best known for coauthoring Bill Gates’ bestselling Business @ the Speed of Thought, would dream about writing fiction based on the idea of Jane Austen marrying for love?

Long captivated by the science and technology of Austen’s time—known as the “age of wonder”—Hemingway is writing a trilogy that he says “starts like Pride and Prejudice and ends like War and Peace.” The first book came out last fall, the second will deliver this fall, and he expects to publish the finale in time for the 200th anniversary of Austen’s death.

“Hopefully, what I have her go through will help people see a richer context behind her work than they might otherwise,” says Hemingway, whose high-tech career took off when he became director of business development and international marketing for a new major division at Microsoft.

His interest in Austen and the Regency period goes back to his undergraduate years at the University of Arkansas, where he decided to switch majors from aeronautical engineering to English. Meanwhile, his part-time job covering sports led him into newspapering when the first papers were going digital. This made him a hot commodity—a writer who knew about computers.

After graduating Phi Beta Kappa, Hemingway chose the UO for graduate school and hoped to cover track and field for the Register-Guard. Instead, they drafted him to help lead the R-G’s transition from typewriters to computers. Armed with a UO master’s degree in English, he went on to work for Microsoft during the years it emerged as the industry’s dominant high-tech company. In no time, his role morphed from writing user manuals to marketing Windows to the world.

Hemingway and his wife, Wendy, have decided to make an estate gift to the UO divided between the UO’s Creative Writing Program, which he describes as “a unique asset,” and Pine Mountain Observatory, which is near their home in Bend.

“My instructors at the UO meant a lot to me personally and professionally,” he says. “I’m glad we’re in a position to do something for the university by supporting important areas in science and in literature because both have been very important to my life and career.”

Maximum Brainpower, coauthored with Shlomo Breznitz, on keeping your
mind active and your brain healthy (2013)

The Fifth Wave, coauthored with Robert Marcus, about the mobile revolution (2013)

Business @ the Speed of Thought, coauthored with Bill Gates (1999)