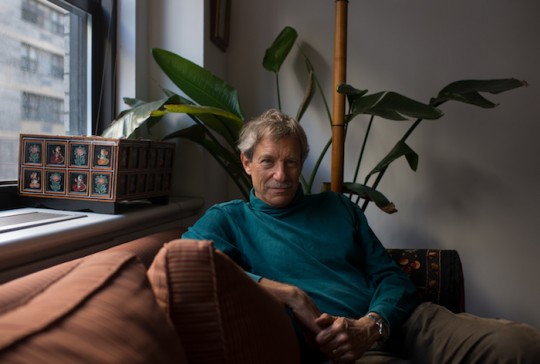 John H. Steinberg liked what he saw when he hitchhiked from San Francisco to check out the UO’s law school. He enrolled, graduated in 1976, and moved back to New York to live and practice.

Now he plans to leave a sizeable chunk of his estate for use at the law dean’s discretion.

Steinberg grew up on Long Island, earned his bachelor’s at Tufts, and applied to study law at Oregon while touring France and working in Spain

“I was washing glasses in a bar in Majorca when I got my acceptance letter,” he recalls.

“I figured if I was going to spend a few years in law school, I might as well do it in a beautiful place with a progressive reputation.”

Steinberg divided his career between twin interests in real estate law and public policy. When the financial collapse bankrupted his employer in 2008, he found himself retiring earlier than planned.

“I was lucky in that I had saved, inherited, and made some good investments. I’m interested in squeezing every dime I can to give to the UO and my other favorite charities.”

He is grateful for getting an “impeccable” education at a time when tuition was about $3,000 a year for residents and out-of-staters alike.

That translates to roughly $13,500 in today’s dollars—only now nonresident law students pay more than $47,000. Steinberg wants to use the earning power that his UO education gave him to help make sure low-income students have the same opportunities.

Steinberg also makes it “a priority and a habit” to give annually.

“I have been very lucky in life. What better way to express my gratitude?”