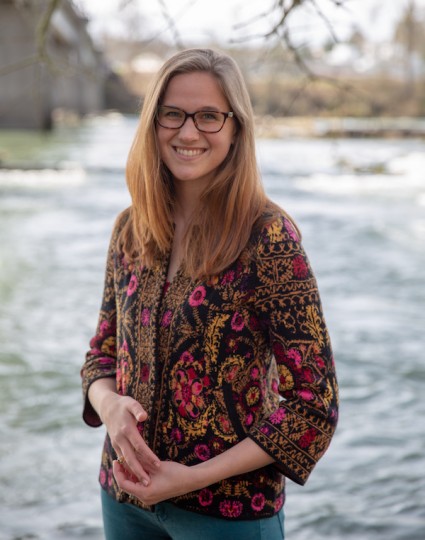 Laura Queen began studying the output of computer models to predict the impact of climate change during her junior year thanks to a scholarship from the National Oceanic and Atmospheric Association.

She says donor-funded UO scholarships helped set her up for the opportunity by giving her freedom to explore several scientific fields useful in climate modeling.

“I would like to say thank you for the scholarships,” says the Clark Honors College graduate.

This summer she worked for the Oregon Climate Change Research Institute. “My job was to write and submit for publication the continuation of my senior honors thesis on estimating future flood risk in the Columbia River Basin under climate change,” she says.

Next stop, New Zealand for a year of work and travel before pursuing graduate studies in earth system science.