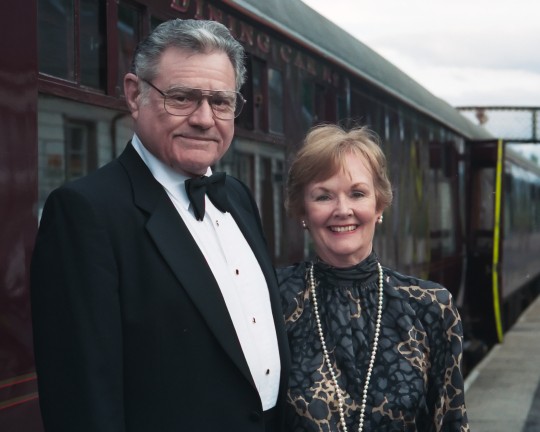 If you were at the UO before 2006, you probably recall the sweet aroma of fresh bread wafting across campus. Matthew Knight Arena now stands on the former Williams’ Bakery site.

Even though that fresh-baked scent is a thing of the past, and Carol and Tom Williams no longer live in Eugene, their impact on students becomes stronger every year through a gift intended to excite students about the life of the mind.

During the last 20 years, their Tom and Carol Williams Fund for Undergraduate Education has supported grants for nearly 90 bold course ideas and rewarded 30 exceptional UO teachers with Williams Fellowships.

In addition to a host of topical courses, the Williams Fund has helped launch projects ranging from peer tutoring in chemistry to changing the Clark Honors College’s focus from Western civilization to world history.

“We feel very fortunate that we’re able to help create a culture of great teaching at the university,” Carol says.

Tom met Carol Belknap (as in the hot springs east of Springfield) at their alma mater, Stanford University. They settled in Eugene, where Tom was president and chief executive officer of the Eugene bakery founded by his grandfather in 1902.

“He moved the bakery to the 13th Avenue site in 1908, specifically so that Tom’s dad, aunt, and uncle could get a good education,” Carol says.

Carol, a cofounder of Eugene’s NBC affiliate, KMTR-TV, became a mainstay of many civic groups. Tom served on the airport commission, the YMCA board, and the Eugene City Council. From the start, both enthusiastically supported the UO. Each has served as a UO Foundation trustee.

The Williams are pleased that grants and fellowships are awarded based on the recommendations of the Williams Council, a group of all-star UO teachers.

“We would like the council to continue indefinitely,” Tom says, “so that recipients will always be decided by outstanding faculty members known for their teaching.”