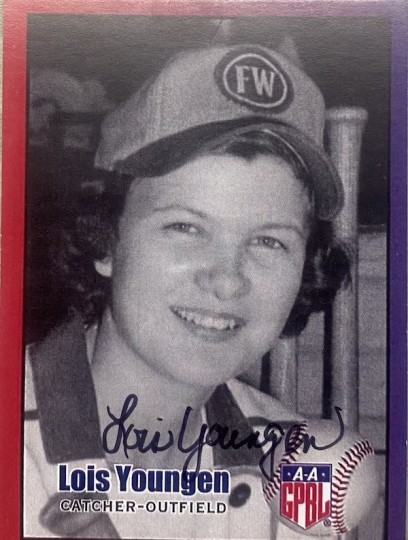 She was a major league catcher with her own baseball card, but most of the thousands of students who took PE from Professor Emeritus Lois Youngen (pronounced like young’un) over the course of her 36 years on the UO faculty had no idea women once played the game professionally.

Growing up in Big 10 country in the Forties, Youngen dreamed of joining the All-American Girls Professional Baseball League.

In 1951, the 17-year-old high school senior went to tryouts and was signed by Fort Wayne/Kenosha. She played four seasons, highlighted by catching a perfect game.

“Nobody would ever have known we existed if it were not for Penny Marshall’s film ‘A League of Their Own’ in 1992,” she said. “That made us all celebrities.”

As much as she loved her sport, Youngen kept her eye on a different ball: a degree in physical education, which she pursued during the off season and finished before owners shut down her league in 1954. She played one more year in exhibition games against men before entering graduate school.

Master’s degree in hand, she accepted a position at the UO, packed her car, and pointed it toward Eugene. She would become a change agent whose foresight benefits generations of UO students, but she arrived on campus in 1960 to find all PE activity courses segregated by gender.

When track coach Bill Bowerman proposed the UO’s first coed PE activity in the mid-sixties, the dean relented only after he agreed to have a woman teach with him. Youngen, who already taught a variety of other sports, stepped up.

They team-taught overflow classes for five years, but “jog-run” as they called it remained the lone coed PE offering. Youngen completed her PhD from The Ohio State University in 1971 and returned to the UO. Then, everything changed overnight for women in 1972 with passage of Title IX. Youngen co-led the conversion to 100 percent coed activities at the university and became the first person to coach the women’s track and field team.

She went on to serve as the UO’s first director of Physical Activity and Recreation Services, capping her career by helping to secure funding for what is now the Student Recreation Center before retiring in 1996.

Along the way, the knowledge she gained from joining an investment club started paying off well enough to support her philanthropic passions. Her first gift helped build a Babe Ruth baseball complex in Eugene, and others honored her UO mentors.

But it is her latest gift, a rotating scholarship for female tennis, track and softball student-athletes entering their senior year, that is dearest to Youngen’s heart. “I felt it was the best way for me to show gratitude for my years of service to the UO,” she said. “My greatest satisfaction in life has been my teaching and the students.” 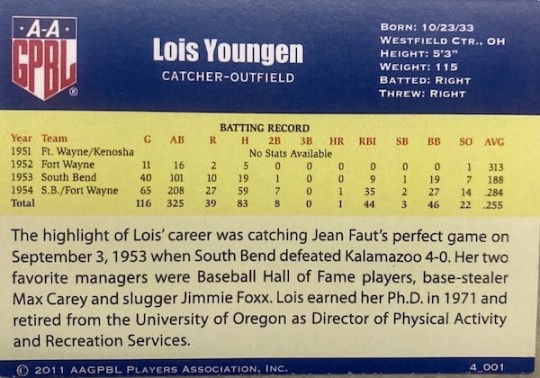